The heart of European history and culture

The incredibly scenic Brussels city has enjoyed a prominent place in the history of Belgium through the centuries. Serving as the seat of government and the royal throne, Belgium’s capital has much to offer those who are open to new experiences and curious to learn about the heritage of the region.

The City, now known as Brussels, finds its first representation in the form of a keep built in 979 at the heart of the Sint-Goriks Island, formed by the mighty River Senne. The territory kept expanding until it formed the center of government, the Royal Thorne, and the Church around the early middle ages. Today, the City represents the country’s largest economic and educational hub, being immensely popular due to its vibrant café and restaurant culture.

The Gothic and Baroque buildings, cultural heritage sites, and parks scattered around the city pay homage to its ancient history.

Where to Stay in Brussels City?

If you plan on visiting the attractions mentioned above, you will need a comfortable place to stay that provides accessibility to all these sites and more!

We hope you enjoy your stay in Brussels and find the many attractions of the City as wonderful and exciting as we do! 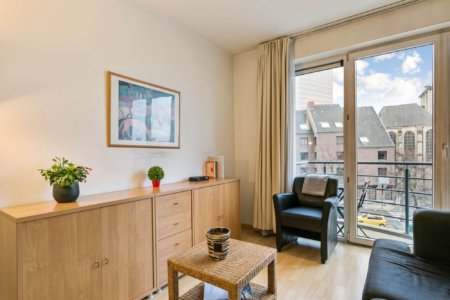 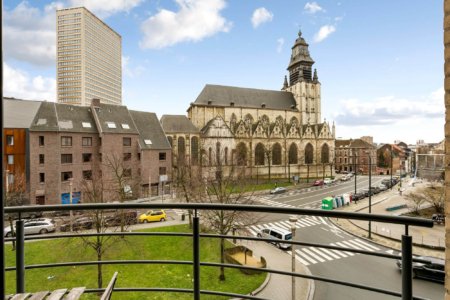 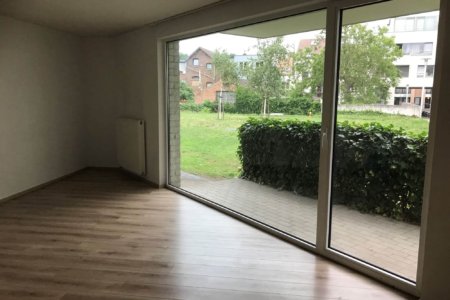 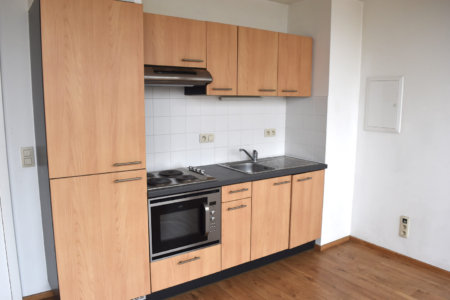 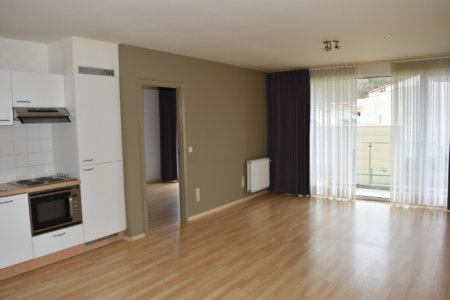 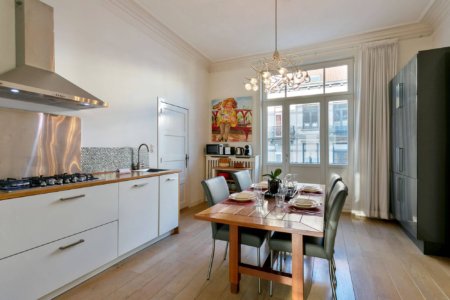 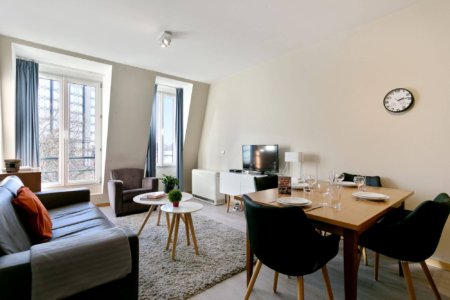 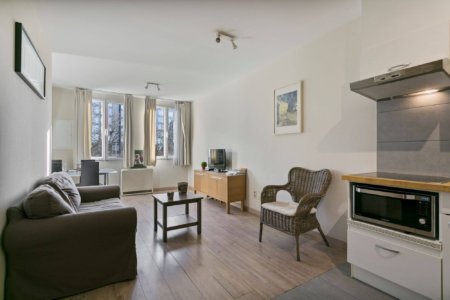 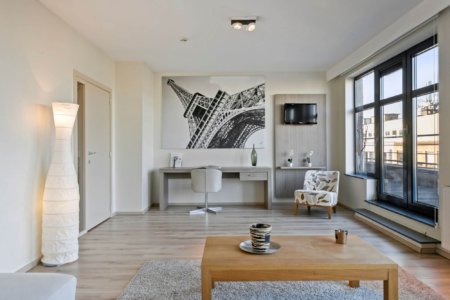 The historic city center of Brussels, known as the Grand Place, is a must-visit attraction for anyone wishing to experience the City’s heritage. Surrounded by elegant Gildehuizen (guild houses) that carry ornate decorations and motifs, the Grand Place features a mixture of Baroque and Flemish architecture. The square historically served as the City’s political center, and today, it represents an authentic and diverse account of its heritage through the many historic buildings surrounding the central plaza.

A visit to the Grand Place is sure to inspire feelings of awe and wonder as the City’s historical past unfolds before your eyes. You find yourself traveling through time as each building after the other presents a new architectural heritage to your perusal. 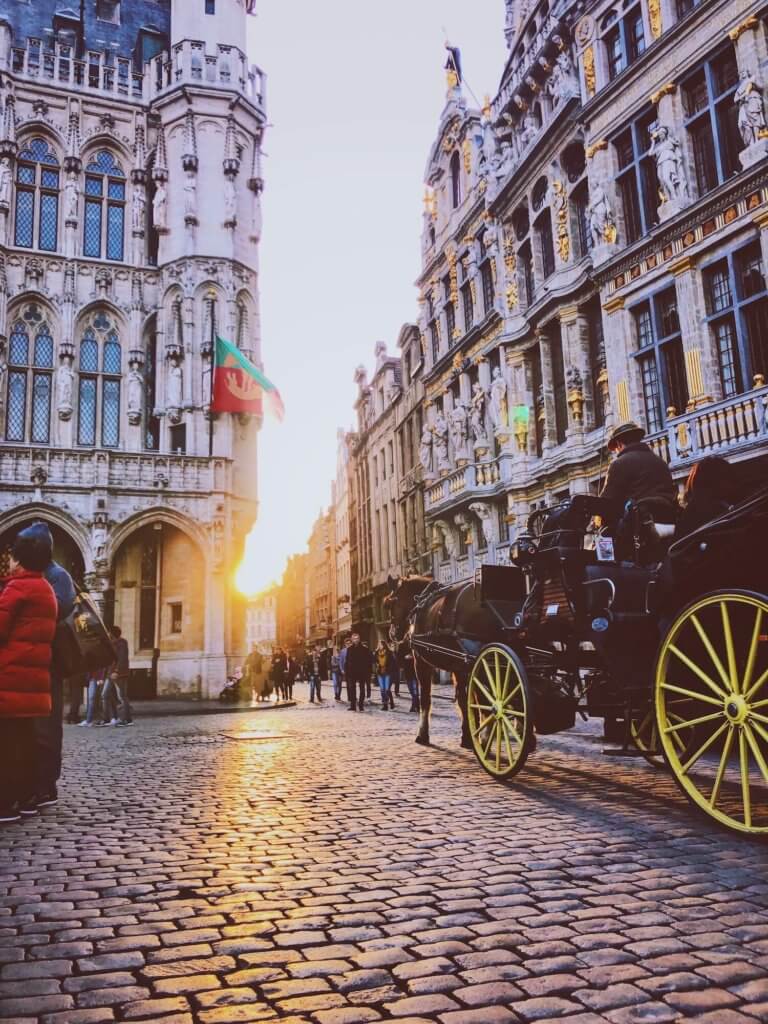 The Patron Saint of Brussels, St. Gudula, and St. Michel find reverent recognition in the St. Michel Cathedral form. The majestic Gothic building presents a stunning façade that towers over the surrounding square, featuring two 69-meter-high towers designed by Jan van Ruysbroeck. The cathedral was founded in the 13th century, but construction was completed around the 15th century.  The magnificent building’s interior is as ornate as the exterior, featuring stained glass windows created by Bernard van Orley.

In agreement with the period’s architectural styles, the cathedral is decorated with nativity scenes and other religious iconography in various artistic techniques that represent the work of multiple contributors that have added to its decoration, expansion, and construction through the centuries from classical to modern and contemporary.

Certain unique attractions can become a much-loved aspect of any place adored by the residents and visitors alike. The City of Brussels offers many such elements that have become an identifying feature of the City.

If you are in Brussels, you can not miss the excellent chance to visit a widely appreciated landmark fondly called Brussels Oldest Citizen. The Mannekin Pis is surrounded by hundreds of legends and stories, although no exact origin of the mischievous young boy is known. Yet, the statue is usually thronged by tourists throughout the year and is often lovingly dressed in costume to celebrate many traditional festivals by the city council. 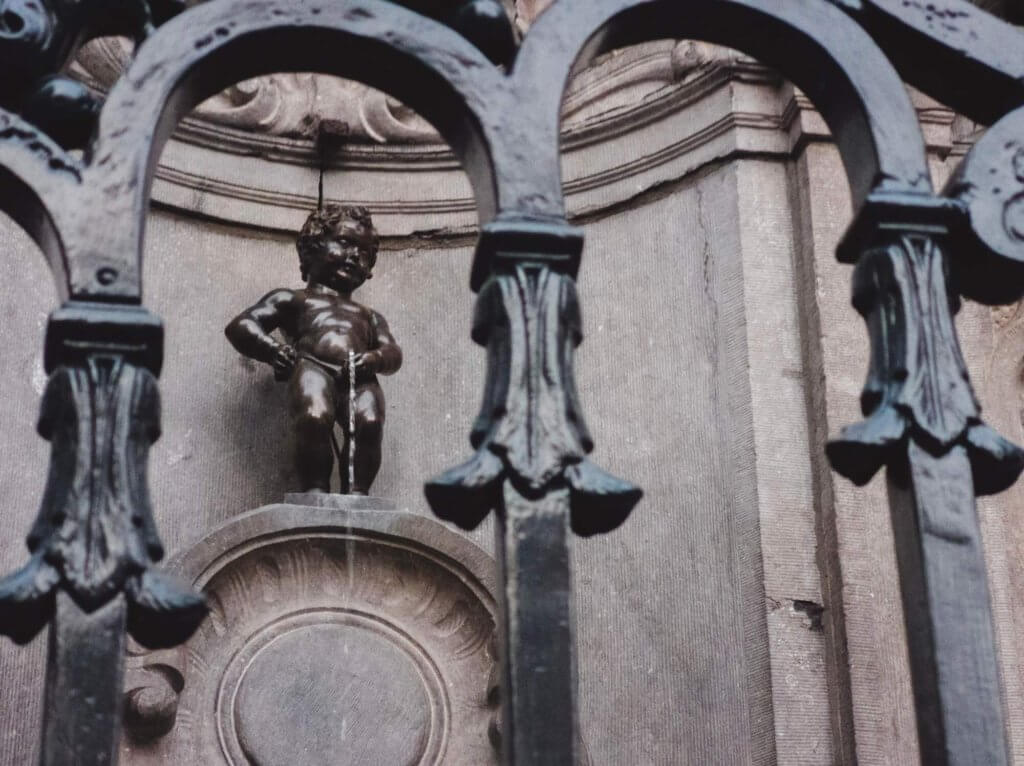 The City of Brussels is not only a collection of renaissance-era architecture and artwork. It also offers some entertaining attractions and sites that celebrate the country’s modern heritage and its progress in contemporary times.

The elegant Belgian Comic Strip Center is a site that attracts comic and cartoon enthusiasts from across the world. The building, designed by Victor Horta in 1906, features the comic strip center, which is devoted to the history of cartoons and comics that have originated in the country, such as the Smurfs and the Tintin series. The building features regular exhibitions of original drawings from the comic artists and an outstanding curated selection of global comic artwork for real enthusiasts and curious spectators alike. 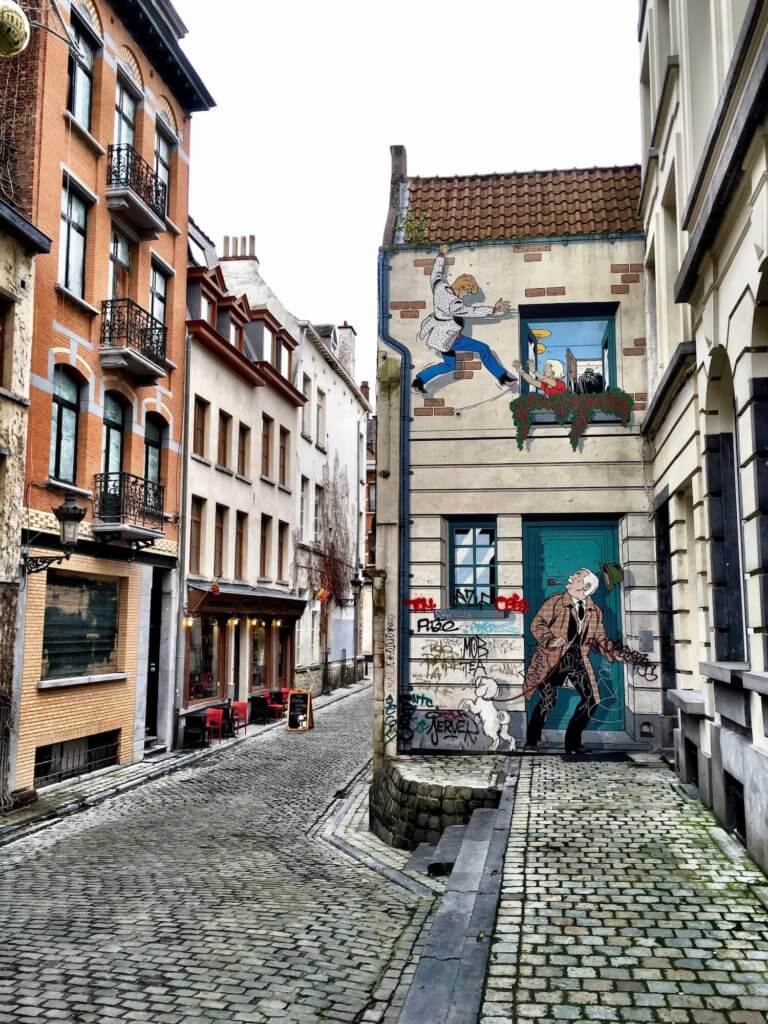 The City of Brussels pays homage to its diverse and vibrant history at every corner and square. Throughout the district, you can find sites dedicated to preserving the culture, tradition, and art of the region.

The Belgian Royal Museum of Fine Arts hosts one of the largest art collections in the world. Built on the foundations of a private collection in 1797, the institution grew to prominence in 1875. The collection is divided into two separate exhibitions, namely the Museum of Ancient Arts and the Museum of Modern Arts. The gallery features many splendid pieces by prominent international, Dutch, and Flemish artists that attract crowds of visitors every day.

Across the City, one can find many historical or present sites and offices of the Royal Family of Belgium. One such area that is a must-visit for anyone staying in Brussels is the Royal Palace.

The official residence of the Belgian Royal Family adorns the square, surrounded by other cultural buildings that offer their splendor for visitors to adore. The Royal Palace holds many offices and libraries dedicated to various posts connected to the Royal Throne. A few examples include The Palais des Académies, home of the Royal Academy of Sciences and once the residence of the Crown Prince of Orange, and the Palais des Beaux-Arts (Paleis voor Schone Kunste). 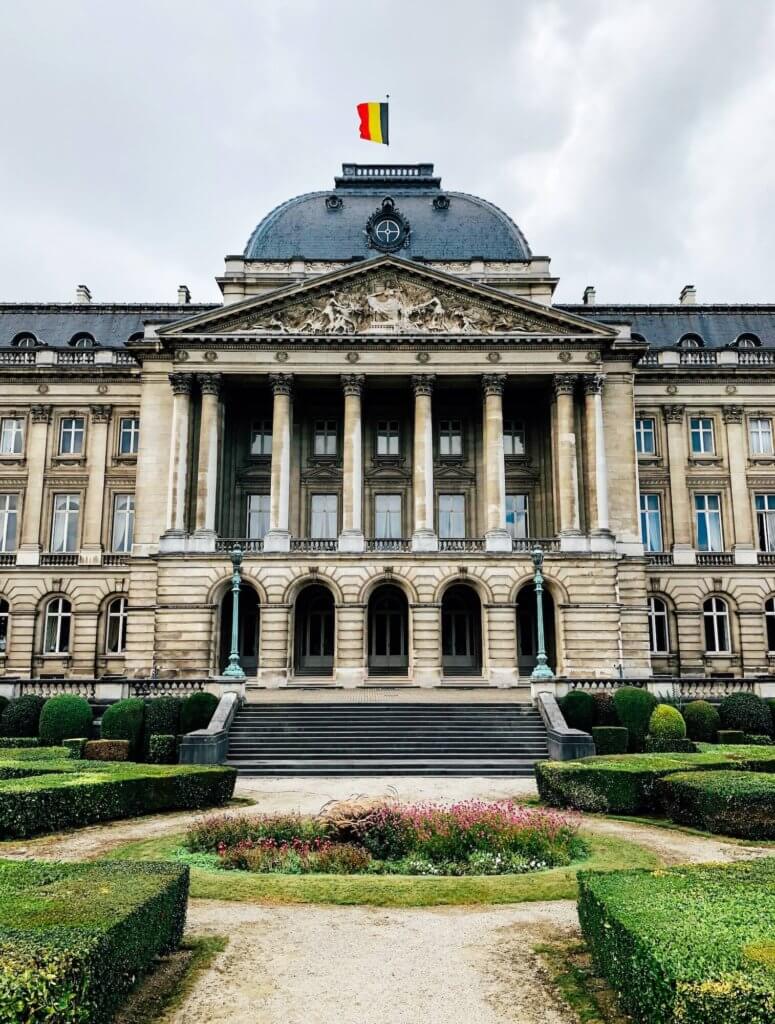 A city or region’s character is usually defined by the various architectural marvels that adorn its grounds. The City of Brussels is no less of a sight when it comes to taking in the marvelous examples of Gothic architecture sprawled across the district.

To appreciate an exemplary representation of late gothic architecture, one must surely visit the Church of Notre-Dame du Sablon. The Church, originally built at the site of a small chapel, features a breathtaking interior adorned by various frescos and stained-glass artwork. The Church also contains the burial chapel of the Thurn und Taxis family. It offers an exciting origin of one of the Madonna statues that adorn its halls, which legend has it, was brought to the Church by a woman to whom the Virgin Mary had appeared.

While you explore the city and all it has to offer, why not stop over at the Place St. Catherine to grab a quick bite to eat and sample the local cuisine and culinary culture.

The square is located right next to St. Catherine Cathedral, and hosts a huge variety of restaurants, pubs, and cafés that will delight the culinary preferences of everyone who appreciates good food and great company.

A popular nighttime attraction, the place offers a vibrant of the local culture and provides a chance to spend a fun evening interacting with the residents of the city and other visitors.

For those interested in the modern history of the City, a prime attraction can be found at the Atomium installation.

The colossal structure stands at 102 meters in height, crafted from steel and aluminum by the architect André Waterkeyn for the 1958 Brussels World Exhibition. The landmark is a well-known attraction of the City, built to represent a molecule of iron magnified 165 million times. The monument regularly hosts informative shows and presentations and various scientific and cultural events, as it serves as an educational tool for learning the history of the City. At just a 30 minutes’ drive from the central BBF office located on Rue du Pelicaan, the monument provides a great opportunity to learn more about the city and the region. 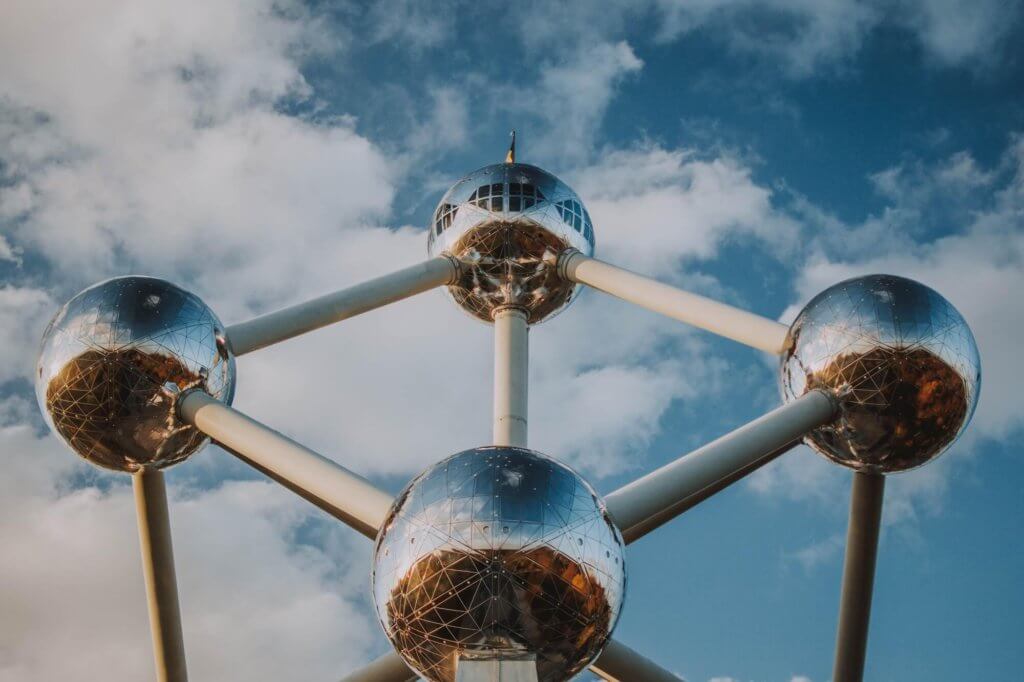