Bordering the Sonian forest, the small municipality is peaceful and resonates serenity and calm

Bordering the Sonian forest, the small municipality of Watermael-Boitsfort is a peaceful stretch of land that resonates serenity, purity, and calmness.

Historically, the land was divided into two settlements, one part dedicated to a French Abbey, and the second part forming hunting grounds of an influential family.

During the period of French rule, the two settlements were combined into a single municipality, which now forms a residential area known across Belgium for the intense natural beauty that is observable at every corner of the municipality.

Bordered by two small rivers, the municipality is a treasure trove of calmness and serenity right next to the hustle and bustle of the capital, and it’s a must-visit location for those wishing to explore the incredible beauty of the country.

The Sonian Forest forms 58% of the whole municipality and is the perfect refuge for natural biodiversity and ecological conservation. The rich fauna and flora of the region is concentrated within the forest and provides some incredible opportunities to observe the exciting natural beauty of the region.

The Sonian Forest contains many trails and paths meant for hiking, while one part of the forest is dedicated as a natural reserve, where visitors are only allowed through guided tours.

A walk through the forest on a fresh and sunny day provides the opportunity to witness the avian population of the region for the bird-watching enthusiasts, with many migratory species making their way through the region at times of the year.

The Forest forms an oasis of greenery right next to the sprawling capital and is a popular destination for those looking to spend their weekend surrounded by the freshness of pure nature.

Watermael-Boitsfort is home to one of Belgium’s most successful rugby team, the Boitsfort RC. If you are lucky, you can catch them in action at their home ground in the various courts around the municipality.

The Boitsfort RC has dominated the Belgian Elite League for the last couple of decades and command in incredible fan following across Belgium and the European Union.

Attending one of their games is sure to leave you clutching your seat as the matches are usually jam-packed with spectators and full of incredible action and surprises.

The characteristic blue and white uniform of the team is instantly recognizable by fans and enthusiasts across Europe! 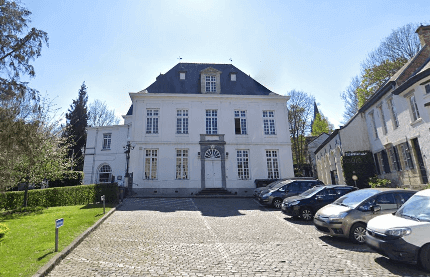 The Center for Local History

For those interested in learning more about the history of the region and particularly, the past and origins of the municipality, a visit to the Center for Local History is sure to tease your neurons.

The Center serves the purpose of keeping the history of the region alive and offers displays that exhibit the past origins of the municipality and its development and growth.

The Center also contains a few exhibits dedicated to the future planning of the municipality, with documents, plans, and intended projects shown that can give a glimpse of what the municipality will look like in the future.

While exploring Watermael-Boitsfort, a stopover at the Center for Local History will add to your appreciation of the area and help you understand and learn more about the rural and urban culture of the country along with the traditions that have given rise to Belgian society as it stands today.

The Garden Cities of Le Logis and Floréal

The scene of many internationally acclaimed movies and televised series, the neighbourhoods of Le Logis and Floréal form part of the immensely popular “Garden City” development projects that were initiated by architects Louis Van der Swaelmen and Jean-Jules Eggerickx.

The unique style of architecture reflected in these neighbourhoods has formed a genre of its own and is now considered the foremost example of a unified urban residential architecture pattern.

The rows of dainty little houses on each side of the street are all identical in their construction and are customized with great love and care by their respective owners.

The final spectacle is a calming, serene, and vibrant neighbourhood that has made its place in the history books as being one of the most beautiful communities in the world made even more spectacular by the cherry trees that line each avenue and shed their colours during the fall in a spectacularly pleasing display!

Spending a day visiting Bois de la Cambre is a must when in Watermael Boitsfort.  This incredible forest stretches over an area of 124 hectares and is part of the old Forest of Soignes.

On a weekend, before and after work you will find many locals enjoying a range of leisure activities, from tennis, salsa, running and kayaking in the park.

For those looking for a romantic date night out, Bois de la Cambre is also home to the restaurant Le Chale Robinson.  With a beautiful ferry ride across the lake to reach the restaurant in the centre, it’s a must for anyone wanting an authentic experience in the area. 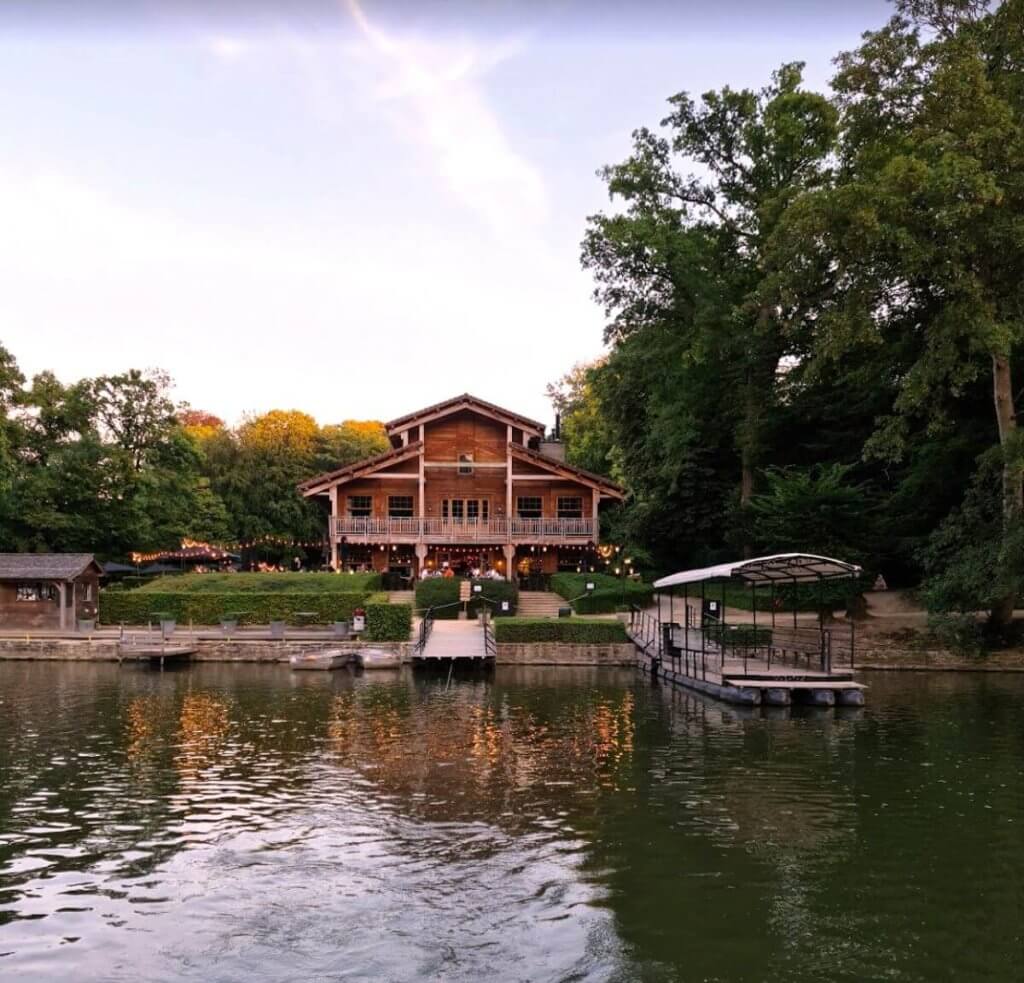 An excellent attraction in the municipality is the Parc de la Héronnière, famous for its avian population of ducks, herons, and swans that call the park home. A day spent observing the ducks wading in the pools present across the park is the perfect way to relax your nerves and spend some quality time with friends and family.

The park is also home to some of the royal fisheries, where you can observe the beautiful fishes and aquatic species.

The Park is also home to an adorable population of deer, and if you’re lucky, you can spot one loitering around the grounds and grazing on the fresh, lush green grass.

The park is the best spot in the municipality for a picnic and a calming walk enjoying the natural beauty of the place and admiring the animals.

Whether you visit with your friends, family, or on your own, the park is an excellent choice for every season and weather! 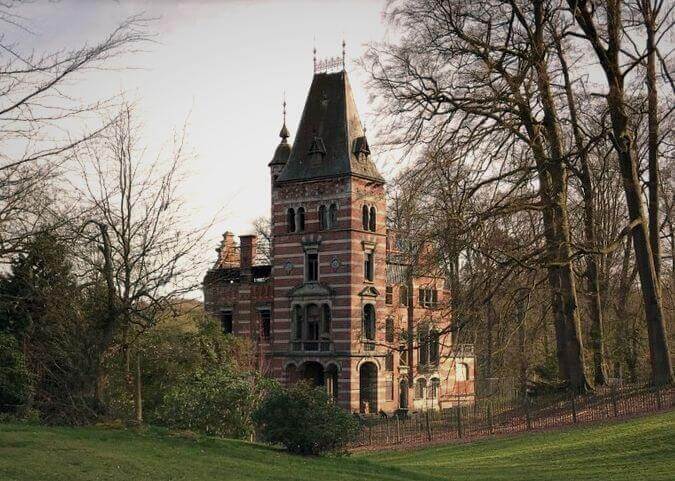 Witness the incredible, awe-inspiring neo-classical architecture of the Château Tournay-Solvay when you find time to visit the Parc Tournay-Solvay in Watermael-Boitsfort!

Home to the Tournay-Solvay family, the castle went to ruins after the death of its last heir in the early 70s. As the castle is considered a very popular landmark, the municipality took over the renovation of the castle, and today, you can visit the grounds and the building that once again stand at their full former glory.

A prime example of the Neo-classical architectural design, the castle stands tall above the municipality with its beautiful façade that is bound to pique the interest of history students and architecture enthusiast.

You can also enjoy the greenery and natural beauty of the grounds surrounding the castle, that now form part of the park, which was acquired by King Leopold II during the early 20th century.

The landscape has been designed by the notable Belgian garden architect Jules Buyssens, complete with sculpted hedges, artwork, sculptures, a rose garden, and rows of majestic trees adding to the charm of the park.

Enjoying the beauty and culture of Brussels requires that you have a free mind and comfortable accommodations that are nearby to all the popular attractions.

If you want to spend your time in Brussels enjoying the comfort of a fully serviced residential apartment, complete with all the amenities and facilities required to make your stay comfortable and relaxed, you can visit the BBF Apartments website and choose the location that suits you best.

BBF Apartments has made finding a residential apartment easy and convenient, and you can choose the package and services that best fit your requirements with ease!

We hope you enjoy your stay and create memorable experiences while exploring Watermael-Boitsfort and all the other notable regions around the Brussels-Capital Region. 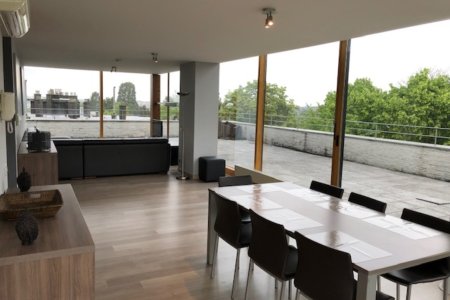 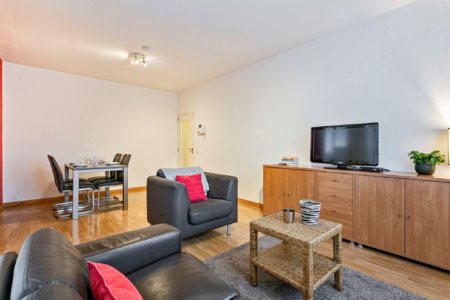 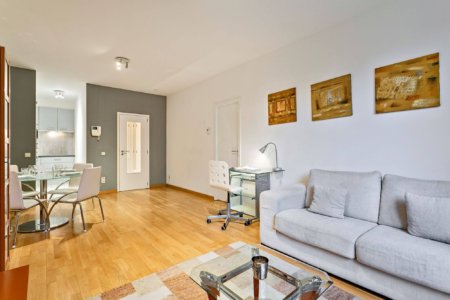 Peaceful One Bedroom Apartment with Views on the Forest (Zoniën Residence)